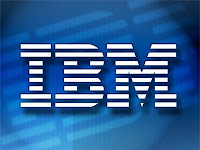 I am happy!! My name on IBM's research site three times in 4 months. :)

Problem: Present a computation whose result is 5, being a composition of commonly used mathematical functions and field operators (anything from simple addition to hyperbolic arc-tangent functions will do), but using only two constants, both of them 2.
It is too easy to do it using round, floor, or ceiling functions, so we do not allow them.
Source: IBM Ponder This January 2010 Challenge
Solution: IBM guys would post it on their site by February 2010 :) Three different solutions given by Piyush (Fourth year, IITM), Aniesh Chawla (Fourth year, IITD) and me (Fourth year, IITB) :). All posted in comments!!